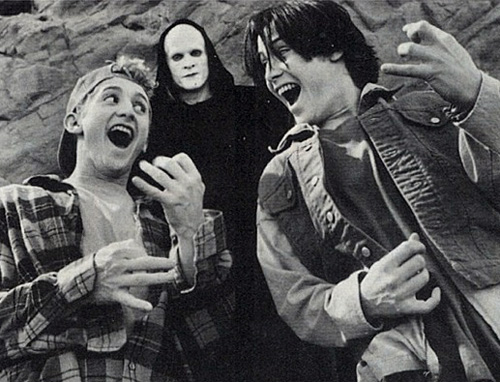 The main question I have been wrestling with over the past few months, if not longer, is, ‘if a bear market in equities began in March (as I believe it did), will it proceed more like the 2000-2002 bear market or more like the 2007-2009 bear market?’ Of course, it is impossible to know for sure but we can observe the types of environments which led to those bear markets as well as the driving forces behind them. Examining the similarities and differences of today’s market to those prior episodes might enlighten us a bit in understanding how the stock market might act going forward.

While both of these major bear markets of recent history resulted in the S&P 500 Index losing about half its value from peak to trough, the ways in which these two declines occurred were dramatically different. While the Great Financial Crisis saw all stocks in all sectors decline rapidly and and in synchronicity, hammering small caps and value stocks hardest, the Dotcom bust was really more of a rotation out of tech and into small caps and value stocks which actually performed heroically.

But when looking at it all together, it really appears that we saw a rotation into large caps and tech in the 1990’s which was reversed in 2000. At that point, “old economy” sectors, mostly small caps and value stocks within those sectors, took up the leadership mantle until the GFC when they gave it back again and big tech has held it ever since. In other words, the recession of 2001-2002 marked an important turning point in the leadership of the market. Similarly, the 2008-2009 recession marked another important turning point. Looking at how overextended the tech trade has now become it appears yet another rotation could be in order, especially considering we now find ourselves in the midst of another recession which has served as a catalyst for just these sorts of rotations in the past (more on why this happens in a bit). The ratio of the equal weight version of the S&P 500 Index to the market cap weighted version has become very extended suggesting the division between the stock market haves, namely big tech, and have nots, small cap value stocks, has grown very wide.

As noted in last week’s blog post, the banks have only diverged this dramatically from the broad market twice in the past 25 years: at the height of the Dotcom mania and at the depths of the GFC. The relative performance of industrials looks very similar to that of the banks. Most remarkable, however, is the energy sector which has never, in nearly 100 years of data, performed so poorly relative to the index as it has over the past 12 months. These rubber bands are all about as stretched as they have ever been. What’s more, the small cap stocks within these sectors have be hit the hardest.

Of course, this dramatic relative decline is driven not only by the poor performance of these sectors but by the terrific performance of the tech sector which has helped to power the index higher in recent years. While the rate-of-change in the relative strength of tech hasn’t matched its Dotcom era peak the ratio recently did, almost exactly 20 years after peaking and rolling over into a massive bear market. Here, too, this rubber band looks just about as stretched as it was 20 years ago.

So what lies behind these rotations through time and how might we begin to determine when another rotation could be under way? First, it may help to simply acknowledge that history doesn’t repeat, though it does rhyme. And, in many ways it is rhyming with both of the previous bear markets.

The 2008 stock market crash was driven by the fact that both equity market sentiment and valuations had broadly become overextended. We saw something very similar, though more extreme on both counts, prior to the Covid crash earlier this year. Then an exogenous force, a financial panic back then and a health panic today, arrived and served as the catalyst for the unwind of ebullient sentiment and overextended valuations. In both cases, value investors, typically exposed to more economically-sensitive names, were hammered hardest.

But here is where these episodes differ dramatically. While the crash induced by the GFC resulted in a resetting of valuations and sentiment across all sectors, the Covid crash only did so for “old economy” stocks. “New economy” stocks have done just the opposite, blowing off to even higher valuations driven by even more euphoric sentiment. In this way, the post-crash environment has been a microcosm of the late-1990’s stock market bubble.

So it really appears to me that we have seen our modern version of the 2008 GFC stock market crash followed by a 2000-style Dotcom bubble tech blowoff all in the space of nine months or so. So where does this leave us?

In my view, we are very unlikely to have another exogenous force serve as the catalyst for a crash for the entire stock market as we saw in March and back in 2008. They just don’t come around that often and extreme sentiment and valuations have already been wrung out of several sectors. What we are much more likely to see from this point, is a crash in those stocks that have yet to see extreme sentiment and valuations wrung out of them, similar to the Nasdaq in 2001-2002.

It’s important to recognize that there are really two driving forces of the current mania in stocks. First, there is the trend towards passive investing which has concentrated more and more money into the largest and most expensive stocks in the market at the expense of the smallest and cheapest. At the same time, we have seen a speculative mania in the traditional sense in which investors enthusiastically chase momentum in the most popular stocks in the market.

And here’s where we have another similarity to 2000. Back then, due to fears related to Y2K, demand for computers and software surged. In other words, demand was pulled forward dramatically for a short period of time in the sector that was at the heart of the bubble. After the calendar rolled over to 2000, it became clear there was going to be a hangover in demand. Revenue growth declined, investor hopes were dashed and the Nasdaq crashed. But rather than taking the entire market down with it, many value stocks benefitted greatly from a rotation out of tech in the process.

The pandemic has resulted in a very similar dynamic. The lockdowns around the world spurred unusual demand for all sorts of products and services. The “stay at home” stocks, especially, have surged as a result of this unnatural surge in demand. However, another hangover looms as demand was, in many cases, dramatically pulled forward from the future. As we begin to see the light at the end of the tunnel of the pandemic, these stocks could begin to crash (and may already have begun to do so). Once again, value stocks could benefit greatly from a rotation out tech. This is how recession may serve as catalyst for yet another paradigm shift in market leadership. As for the effects of passive investing, I believe this trend, too, is simply an excuse to participate in the momentum of big tech and is thus just another vehicle for the speculative mania that is more plain to see in the options markets and elsewhere. Already, we have seen total equity flows turn negative this year, likely as a result of demographic trends. The only net inflows to “passive” funds have been concentrated in the technology sector and in Nasdaq 100-focused funds, clearly not a passive allocation in any sense.

So while the trend towards passive investing has been a driver over the past decade, it would appear that it has already run out of steam and should now be working in the other direction. In addition, many so-called passive investors are really just speculators playing momentum under the cover of a passive label. It’s difficult to imagine that these traders won’t quickly abandon tech once momentum turns unfavorable as a result of disappointing fundamentals.

In many ways, then, our current environment is very similar to mid-2000 when the divergence between “new economy” stocks and “old economy” stocks had grown about as wide as it was going to get. At the same time, the fundamentals for the former were rapidly deteriorating as a product of a one-time demand panic that was subsiding, laying the groundwork for a shift into other sectors which offered unusual relative value. The parallels to today, in fact, are eerily close.

This study of the past 20 years gives me confidence that value investors, who have likely become more wary than ever before as a result of the Covid crash, should take confidence that, going forward, a bear market characterized by a rotation out of the most popular and largest stocks in the market and into the least popular and smaller stocks in the market is probably far more probable than another crash that takes everything down equally.

Ideally, this wold mean the current Covid recession evolves from a cyclical one into a tech-led recession while cyclical fundamentals continue to steadily improve from the depths they reached earlier this year. This may just be wishful thinking on the part of a dedicated deep value investor but it would seem that as we continue to move through the pandemic this becomes more and more probable an outcome. Time will tell.

Have Investors Gotten Too Bearish On The Banks?