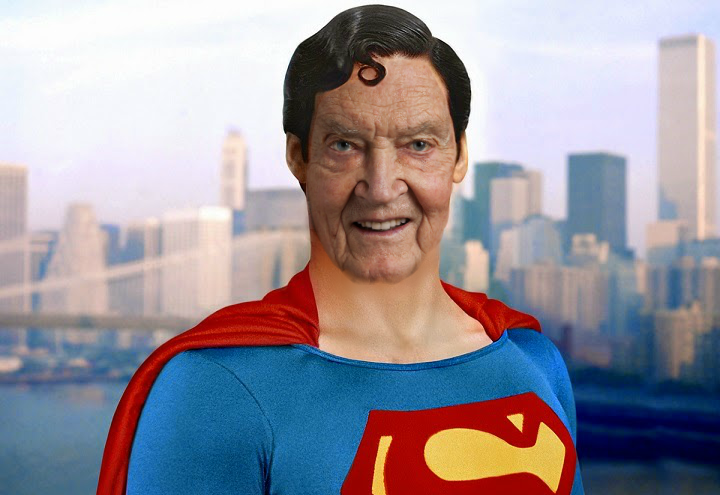 I’m a big fan of Jack Bogle. Like Warren Buffett, I believe he been nothing less than a “hero” to individual investors. That said, CNBC reported this week that “Jack Bogle believes the stock market will return only 4% annually over the next decade.” But I think there’s good reason to believe even that meager return could prove to be heroically optimistic.

Here’s the more detailed reasoning behind his forecast:

Just for mathematical reasons, the dividend yield is 2 percent, a little under 2 percent in fact, and the long-term dividend yield on stocks is pretty close to 4 … the earnings growth on stocks has been a little over 5, that’s going to be a very tough target in the future so let’s call it 4 … 4 and 2 percent give you a 6 percent investment return, but then you have to take … the valuations in the market. …You take that 6 percent return and maybe knock it off a couple of points perhaps for a lower valuation, slightly lower valuation over a decade and you’re talking about a 4 percent nominal return on stocks. And that’s low, lower than history. History is around 6 and a half.

First of all, I’m not exactly sure where Jack gets his 5% earnings growth number from. If you look at Robert Shiller’s data the compound annual growth rate of earnings has been 3.78% over the past 145 years. I agree that it’s going to be tough to match this number going forward thus his 4% forecast is probably still far too optimistic.

In fact, over the past decade the compound annual growth rate of earnings has been just 1.27% per year. This dramatic deceleration is due to two major forces. Population growth in the United States is in the process of slowing from about 1.5% per year closer to 0.5% per year which makes for slowing economic activity and thus slower growth in corporate earnings. Additionally, corporate profit margins reached record levels about five years ago and now seem to be in the process of reverting to more normal levels, another headwind to earnings growth. In this light, Bogle’s 4% earnings growth estimate seems downright euphoric.

But let’s look at the next assumption behind his forecast. Like Bogle, I believe we should make a consideration for lower valuations in the future. Today, the S&P 500 trades at a price-to-earnings ratio of 26. This is far above its long-term average of 15.5 (median 14.5). If history is any guide it is highly unlikely this extreme is going to be sustained for any prolonged period. So let’s see what sort of reversion Bogle anticipates here.

In order to generate the 4% annual return he forecasts, the S&P 500 will need to trade at 2,890 in 2026. This would yield investors a 1.9% per year return from dividends and 2.1% per year in capital appreciation. If earnings do, in fact, grow at his 4% rate the S&P 500 will still need to trade at a p/e of 22 in order to reach 2,890. And if you assume a more conservative estimate of earnings growth of 2% then you need to maintain a p/e of 26 over the next decade in order to achieve his target price. Clearly, Bogle doesn’t assume much reversion in valuations if any at all.

The real problem with this assumption is that not only do demographics trends pose a headwind to earnings they also pose a headwind to valuations. In a recent study the Fed demonstrated the long-term correlation between population growth and price-to earnings ratios. Based upon this relationship and the retirement of the baby boom generation they forecast a price-to-earnings ratio of just 8.25 in the year 2025. At a 4% growth rate in earnings this demographics-based valuation forecast yields an S&P 500 price target of 1,043. At a 2% earnings growth rate we get a price target of just 876. These stand in stark contrast to Bogle’s implied price target of 2,890. But there’s really a much simpler way to go about this. Just after the peak of the dotcom mania, Warren Buffett shared his favorite yardstick for gauging stock market valuations. Interestingly, this market cap-to-GDP measure shows stocks to be almost as highly valued as they were at that major market peak. What is most useful about this measure, though, is that it is highly correlated to future 10-year returns in the stock market. Currently, it implies an annual total return for the S&P 500 of a negative 2.59% over the next 10 years. And the last time stocks were this highly valued, that is almost exactly the annual return they delivered over the following decade.

As the founder of one of the largest providers of index funds in the world, Bogle obviously has a vested interest in promoting equity ownership. It’s admirable that he has done so in a way that has dramatically reduced the cost of investing. What he hasn’t done, though, is to eliminate the traditional Wall Street conflict of interest between a product provider and its customer, a conflict that may be at the heart of his extreme optimism. While it’s certainly possible his forecast could come to pass, I think there’s plenty of reason to believe reality will most likely fall well short of this hopeful calculation.

Getting Off The Juice