Some of the smartest traders I know of have recently compared the current rally in the stock market to classic bear market rallies. Both Fred Hickey, Editor of the High Tech Strategist, and Bill Fleckenstein, of Fleckenstein Capital, have written that the current environment is eerily similar to the August 2000 rally.

In Hickey’s latest letter he writes, “I began [the September 1, 2000] newsletter with the following sentence: ‘After all the turmoil that has occurred to date this year, it’s hard to believe that investors are so complacent heading into the two most dangerous months historically (September & October).’ I could have started this month’s letter using the same words. The Internet bubble had broken in 2000, but wise guys were wildly speculating that August, leading into a terrible tech crash beginning in September. This year we can substitute the housing/consumer spending bubble for the Internet.” 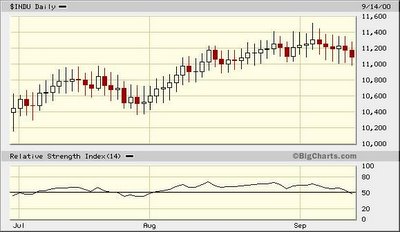 Jeff Saut, Chief Strategist at Raymond James, wrote yesterday that, “the current environment reminds us of December 1972/January 1973, where the DJIA [Dow Jones Industrial Average] was trading higher while the fundamentals were deteriorating.” While Mr. Saut qualifies his analogy by saying, “we are NOT forecasting a debacle like the 1973/1974 affair,” he does NOT rule it out.

Below is a chart of that rally: 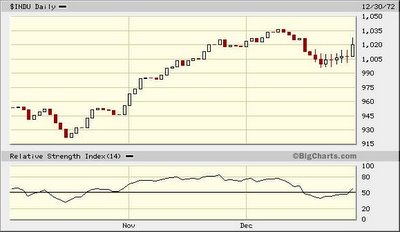 And finally a chart of the current rally. Notice that each of these three price moves carried the Dow roughly 10% in 2 months time (all while, as Mr. Saut puts it, “the fundamentals were deteriorating.”) Compared to the 2000 move, even the precise dates and prices are nearly identical: 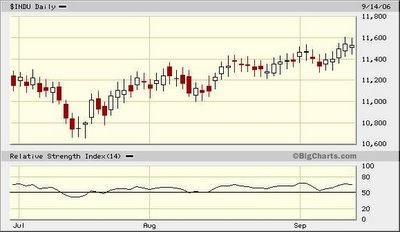 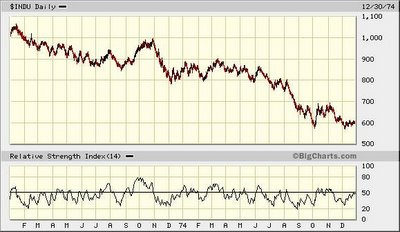 How Low Can We Go?

How Low Can We Go?