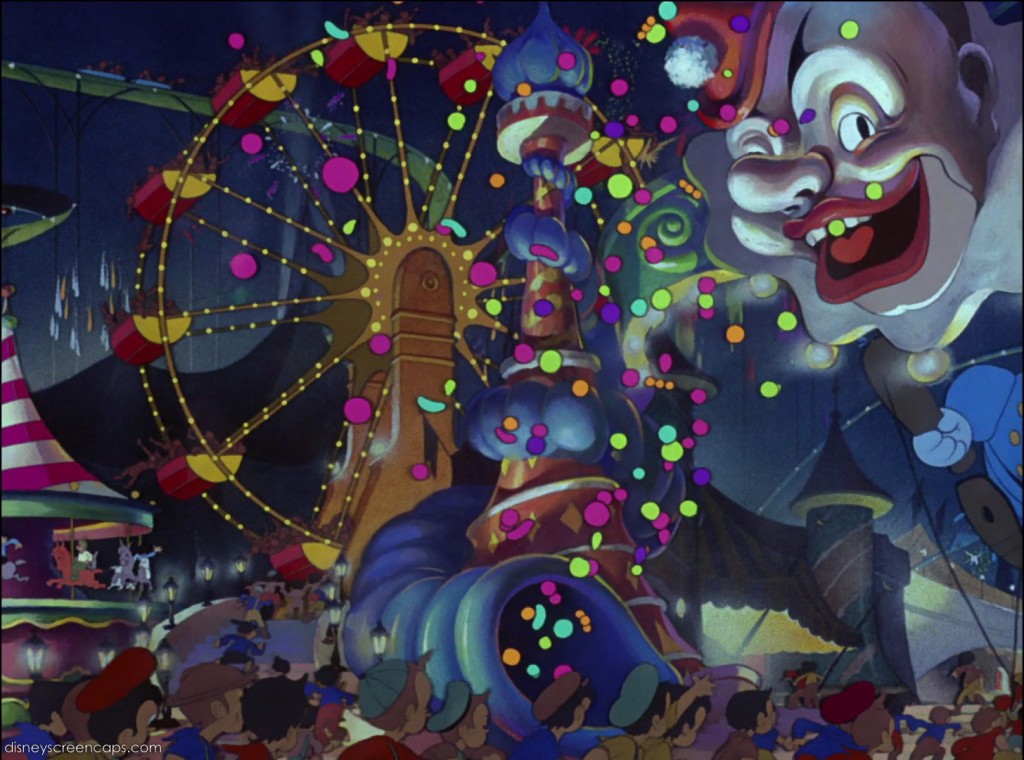 “Stock market bubbles don’t grow out of thin air. Under normal conditions misconceptions are self-correcting, and the markets tend toward some kind of equilibrium. Occasionally, a misconception is reinforced by a trend prevailing in reality, and that is when a boom-bust process gets under way. Eventually the gap between reality and its false interpretation becomes unsustainable, and the bubble bursts.”

“When I see a bubble forming I rush in to buy, adding fuel to the fire. That is not irrational.” -George Soros

A bubble is, indeed, what we have in the stock market and hedge funds are, in fact, rushing in adding fuel to the fire. The best definition of a bubble, perhaps, comes from Jeremy Grantham: a price rise of at least two standard deviations above trend. The Q-Ratio for the stock market, or price relative to the replacement value of its assets, currently stands at nearly 200%, just below the level achieved in the spring of 2000 at the peak of the Dotcom Mania. This does meet the two standard deviation minimum in Grantham’s test. But it is important to distinguish a bubble from the mania that drives it. There are many misconceptions fueling the mania in stocks right now including: Fed money printing guarantees profits in the stock market; the crash in March was a buying opportunity akin to that seen in 2009; and stocks only go up. These do have a basis in reality but, of course, are ultimately misconceptions.

This was made plain but a largely unnoticed story ran by BusinessInsider:

Point72 is among the hedge funds scrambling to find alternative data sources after the day-trading app Robinhood decided to stop providing data on which stocks are most popular on its platform, according to people with direct knowledge of its outreach. Representatives for Point72’s market intelligence data team, including Zach Cohen and Kerry Van Name, have been reaching out to other trading platforms and investing apps in search of data partnerships over the past day, according to people with direct knowledge of their efforts. In one email viewed by Business Insider, the Point72 representatives said their interest in a partnership was “an urgent request.” In another conversation recounted by a person who was there, representatives of the $16 billion hedge fund linked their desire for trading data directly to Robinhood’s decision to shut down their feed.

For those unaware, Robinhood decided to stop sharing the positioning data of its account holders last week. Casey Primozic, founder of RobinTrack, a website that aggregated Robinhood’s positioning data and shared it publicly told Bloomberg, “They said the reason they’re doing this is because ‘other people’ are using it in ways they can’t monitor/control and potentially at the expense of their users.”

Now, isn’t that curious? Clearly, something changed recently that made those in charge at Robinhood concerned about how their customers were being exploited by way of the order flow data. Last week, I suggested Citadel, the firm paying for Robinhood’s order flow, was likely doing this very thing. But it’s now clear from the explanation from Robinhood and the reaction of quantitative hedge funds to losing the data that this was a much bigger issue than just Citadel.

Several quantitative hedge funds, such as Steve Cohen’s Point72 and D.E. Shaw, were using the trends revealed by Robinhood order flow to see bubbles forming in real time and rushing in to buy, “adding fuel to the fire,” to quote Soros again. This goes a long way in helping to explain how a group of traders, most of whom are trading only fractional shares, can move the biggest stock on planet earth and on no news, as we saw the week before last. Or even in the face of negative news (see this and this) like we saw last week. The other reason Robinhood gave for shutting down their data, according to Primozic, is, “They feel it paints Robinhood as being full of day traders when they say most of their users are ‘buy and hold.'” That’s funny. The data showed that, not only are Robinhood customers primarily day traders they mostly trade the riskiest stocks and securities available.

For example, Reuters reports that investor have become much more active in the markets this year. “The average holding period for U.S. shares was 5-1/2 months in June, versus 8-1/2 months at end-2019… In 1999… 14 months was the average.” So holding times have generally come down in the market over time and more dramatically so far this year.

However, Bloomberg reports that Robinhood traders are far more active than most: “The company, which runs a no-fee trading app in the U.S. that’s drawing millions of new users as well as a few critics, said that daily average revenue trades — known as DARTs — were 4.31 million in June. That’s about four times the number of fee-generating trades at E*Trade Financial Corp. for the same period, and higher than all of its publicly traded rivals.”

So it’s more than a bit disingenuous for Robinhood to claim the majority of their customers are “buy-and-hold” when the data shows that day trading has taken off across all brokerage firms this year and it’s been especially pronounced at Robinhood. What’s more, it’s pretty clear that Robinhood incentivizes its customers to trade more, as that is how the firm makes money.

Timothy Welsh, president and CEO of Nexis Strategy, explained to NPR, “Once you complete a trade, they encourage you to do so. They flash confetti. It’s almost like a video game when you get to the next level. It’s all playing on the endorphins you get from making trades.” When I tweeted this story last week, I was met with this reply: “Someone on reddit posted about how they got designated as a pattern day trader and they thought that was an achievement, like in some sort of video game. They literally thought it meant ‘Great job, by doing 4 trades this quickly you get to unlock this cool new title.'”

In other words, Robinhood is taking all of the psychological research developed by gambling, video gaming and social media and applying it to investing. Trigger endorphins and dopamine and you can create trading addicts just like those sitting around pulling slots, playing Fortnite or scrolling TikTok all day. And every time they feel the need for that hit of dopamine and make a trade, Robinhood gets paid (by Citadel who buys its order flow).

But there is a reason most brokers moved away from commission-based trading a long time ago and that is the suitability requirement. “Don’t ask the barber whether you need a haircut,” is how Warren Buffett framed the conflict of interest brokers have: it’s not in your interest as an investor to day trade but to your broker, who gets paid by the trade, it’s absolutely in his interest. The suitability requirement for brokers was the only thing standing in the way of most brokers turning all of the clients into day traders.

It simply means that if a customer’s risk tolerance and goals aren’t best met by day trading then it is illegal to encourage her to do so. Because day trading is not in the interest of the vast majority of investors, most brokers moved to a wrap fee system or something similar that ensures a broker gets paid without having to run afoul of the suitability requirement.

Robinhood seems to have found a way around this rule, however. And in the process they have been able to encourage a new legion of speculators, addicted to the thrill of gambling in the stock market, and profit handsomely in the process. Citadel, the only firm who still has access to its data, has profited far more handsomely, of course and so it appears that what Robinhood is best at, ironically, is stealing from the poor and giving to the rich. Painting its customers as “buy-and-hold” investors, though, in the face of a trove of data that argues otherwise may reflect the concerns of those running the company regarding its position when it comes to suitability. With all of the attention Robinhood and RobinTrack have garnered so far this year, paired with the popularity with hedge funds using the data to possibility front-run trends in money flows at the firm, the potential for increased scrutiny rises. Runaway success will have that sort of effect.

Tragedy will also inspire greater scrutiny. As New York Times technology reporter, Nathaniel Popper, tweeted, “After a @Robinhood customer committed suicide as a result of his uninformed options trading on the platform, the startup said it would make it harder for customers to trade options. What actually happened: the number of options trades by customers nearly doubled in Q2.” Of course, it did. Once you get them drunk on dopamine you won’t sober them up with a platform that encourages more dopamine hits (trades).

In this light, I find it hard to imagine Robinhood coming up with any sort of defense against accusations that it is doing investors more harm than good by entirely ignoring suitability requirements that apply to individuals but not to firms. It’s more than that, though; it’s not only ignoring suitability requirements, as the trading data shows it’s actively manipulating its users into self-destructive behaviors, both in terms of their financial and mental health.

I would not at all be surprised to see the SEC announce and investigation of the firm on the grounds of both running afoul of the suitability requirement and the potential for illicit gains generated by hedge funds using the data. These both fall into a very deep gray area but that doesn’t mean they aren’t worthy of greater scrutiny, especially when major media outlets are already banging the drum for just such scrutiny.

Ultimately, the sorts of speculative booms we have seen in 2020 can’t last forever. You can only drink so many beers and smoke so many cigars at Pleasure Island before you turn into a jackass. Like every Ponzi scheme, at some point every market mania runs out of greater fools to keep the whole game going. At that point, the game shifts to who can get their money out first and you can be sure the quant hedge funds will once again try to front-run this trade.

This all begs the question: if organic demand for stocks is nonexistent at best and negative at worst (as evidenced by fund flows), what happens to the stock market when the current buying frenzy come to an end? Or, heaven forbid, when it shifts into reverse? It’s impossible to forecast the timing but it sure feels like we’re getting close. Google trends shows that searches for both “call options” and “day trading” peaked months ago and have not lifted much since. (Robinhood turning off its data may also prove to be a catalyst for a certain form of chaos in the quant world.)

What we do know is that a bust is inevitable. And just as adding fuel to the fire on the upside is not “irrational,” adding fuel to the fire on the downside is not either. In fact, while the former is inspired by greed, the latter is inspired by self-preservation and so carries and even greater imperative. So when the “bust process,” as Soros put it, gets underway this time, I fear it could be more dramatic than anything anyone alive today has ever seen. March could prove to be merely a preview of what’s to come.