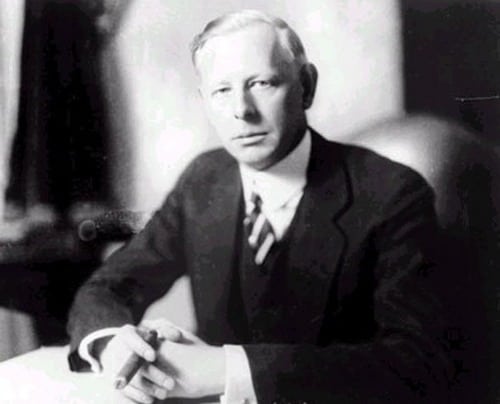 Last month, when stocks were tanking, there was a lot of talk about “algos” and how the computers were responsible for the waterfall decline. It’s true that, as recently reported by the Wall Street Journal, “Roughly 85% of all trading is on autopilot—controlled by machines, models, or passive investing formulas, creating an unprecedented trading herd that moves in unison and is blazingly fast.” At the same time, “The number of contracts available to buy or sell S&P 500 futures at the best available price has dwindled in recent years and dropped 70% over the past year alone, hitting a decade low.” So it’s curious that “algos” haven’t been blamed as much for any of the upside we have seen in recent years as the downside we saw recently.

It only stands to reason that if the vast majority of trading is now done by “algos” they should be blamed for both the upside and the downside. The truth is the simplest of all of these may be the most responsible and that is the algorithm employed by passive funds. Inflows into passive funds mean indiscriminate buying performed by computers and outflows mean indiscriminate selling performed by computers. To a great extent, then, the upside can be explained by inflows and the downside by outflows and thus it’s not “algos” so much as real life investors driving the price action, as always.

But it’s interesting to think about why people are so quick to blame the “algos” for the downside but not the upside. And when I do it I’m reminded of a passage in one of my all-time favorite books on markets, Reminiscences of a Stock Operator:

The theory that most of the sudden declines or particular sharp breaks are the results of some plunger’s operations probably was invented as an easy way of supplying reasons to those speculators who, being nothing but blind gamblers, will believe anything that is told them rather than do a little thinking. The raid excuse for losses that unfortunate speculators so often receive from brokers and financial gossipers is really an inverted tip. The difference lies in this: A bear tip is distinct, positive advice to sell short. But the inverted tip that is, the explanation that does not explain serves merely to keep you from wisely selling short. The natural tendency when a stock breaks badly is to sell it. There is a reason an unknown reason but a good reason; therefore get out. But it is not wise to get out when the break is the result of a raid by an operator, because the moment he stops the price must rebound. Inverted tips!

Blaming the downside on the “algos” implies that once the computer “glitch,” as the POTUS recently called it, is done the downside will reverse and the upside will resume. It’s meant to be an “inverted tip,” as Jesse Livermore calls it, urging investors to continue to BTFD, as they have been doing for years now, and HODL, as the crypto community would put it, rather than recognize what the markets might actually be trying to tell them. To quote Mr. Livermore one more time, “History repeats itself all the time in Wall Street.”

A Tsunami Of Potential Supply