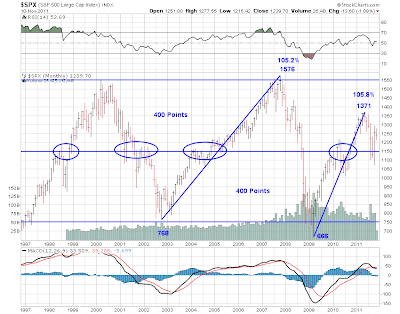 Interestingly, that prior bear market rally topped in a head and shoulders pattern the neckline of which was clearly tested before stocks dove deeper into the bear market decline that coincided with the financial crisis:

After our most recent 105% runup stocks are once again dealing with a very similar setup:

Stock market history may not be repeating right now but it will be interesting to watch over the next few months to learn just how closely it ends up rhyming.
UPDATE:
For those that don’t remember precisely what happened immediately after that prior setup in the summer of 2008 the SEC banned short selling in the financial sector and stocks were more than cut in half over the next few months: