A Bird’s Eye View of the Bull and the Bear 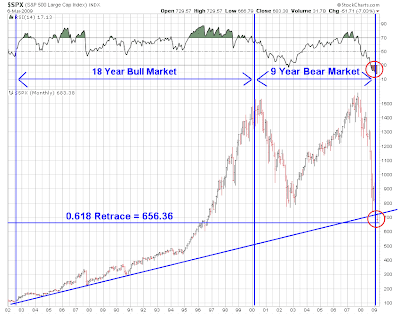 Aside from the technical picture, sentiment has recently set a historic extreme. AAII announced this week that in the history of their sentiment survey there have never been more bears than there are today (this has historically been an accurate contrary indicator): 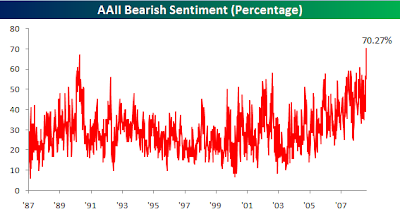 In stark contrast, corporate insiders, aka the “smart money,” have been net buyers in size of their own stock lately:

All in all, there are many signs that the indexes are close to forming a major market bottom.

Sources:
The Running of the Bears
Bespoke Investment Group
March 05, 2009

Insiders Are Starting To Wade In
Jason Goepfert
SentimenTrader
March 6, 2009