Light at the End of the Tunnel

To these eyes, the stock market looks poised to rally over the intermediate term.

I’ve written about the extreme negative sentiment many indicators are now showing, typically a very accurate contrarian indicator. But now the charts are beginning to align with this view.

The July Decline took the S&P 500 down to a decent support level and the subsequent rally is now showing bullish divergences on the weekly chart: 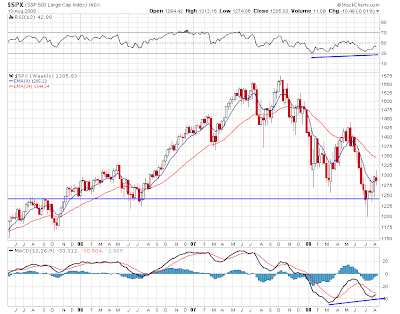 And a bull run in the dollar could make for a nice tailwind:

So we could definitely see more problems in the finance sector, the economy could remain weak for a while and real estate may not be ready to bottom just yet. But that doesn’t mean the stock market and the dollar can’t see the light at the end of the tunnel.