“Don’t Let It Bring You Down”

The University of Michigan Consumer Sentiment Index is a scientific poll with a relatively long history. And right now it says people are just about as pessimistic as any time in the index’s history.

What I find even more interesting is that the media and even the poll’s overseers seem just as pessimistic, if not more so, than the people do. The LA Times reports:

Wall Street desperately wants American consumers to be feeling better. And they are this month, according to the latest national consumer-confidence survey by Reuters and the University of Michigan.

But the survey’s overseers are advising the rest of us to pretty much ignore the upturn in confidence, saying it most likely is the proverbial “dead cat bounce.”

Now, in order for a poll to be scientific, the poll overseers must collect and analyze the data dispassionately. Qualifying the latest poll results by calling the recent uptick a “dead cat bounce” seems a bit less than impartial.

Today Bloomberg reports on the latest stock market action by calling it a “bear market rally.” Uh, excuse me, aren’t journalists supposed to leave these kind of judgements to the editorial desk or their interviewees? 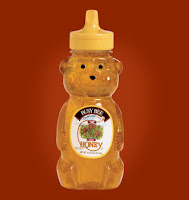 All in all, the major media outlets are nothing more than a “wind sock” (to quote Tom Cruise’s character in “Lions for Lambs”), in my humble opinion, that points whichever direction the public blows it. To blatantly mix metaphors, right now the public is bearish and the media is more than happy to provide them with ample supplies of journalistic honey.

And to a contrarian like myself, this is, indeed, a very bullish sign. So even though the pessimism is almost everywhere you look these days, “don’t let it bring you down:”

Keeping Up With The Joneses

Keeping Up With The Joneses