I watched “Casino Royale” last night for the first time since seeing it in the theater. Great movie. Truly a successful turnaround for the Bond franchise.

But in watching the film a second time I was struck by the fact that the villian is introduced in the movie as a short-seller; it is a key aspect of his character and central to the plot of the film. Only an evil short-seller, with an eye that weeps blood, would dare cross the famous 007!!! 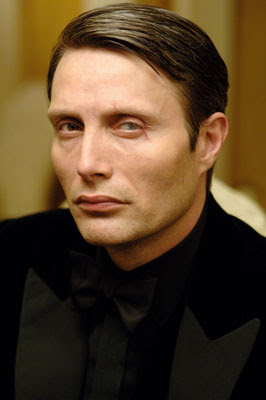 True, many short-sellers in today’s stock market must be weeping blood. I find it interesting, however, that an investment technique as arcane as short-selling would feature in a film series known for encapsulating pop culture (the film also taps into the waning poker craze) and that it would so easily be associated with crime and corruption.

I woke up this morning to this headline in the Wall Street Journal: “Boy, It’s Tough Being a ‘Short.'” I guess newspapers do make most of their money simply stating the obvious. Pouring salt in the wound is only incidental.

An old Wall Street adage says, “nobody rings a bell at the top,” but the contrarian in me would beg to differ. Right now he’s banging the hell out of it.
LIV

Lessons for Traders from a Legend

Lessons for Traders from a Legend