So the VIX is once again pressing that 12.5 level that I’ve been watching like a hawk. Over the past month or so, each time it has approached this level it has led to a pause in the market’s rally: 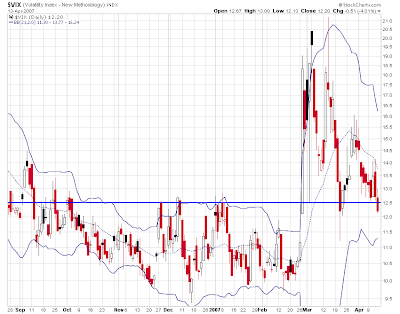 It’s actually breaking that level right now but we need to be on the lookout for a whipsaw for the following reasons:

1) The volume that’s lifted the stock market back toward its February highs (resistance) has been waning. The MACD histograms are also diverging and tomorrow will likely mark a TD Sequential Sell Setup on the daily chart (Thanks, Randy). 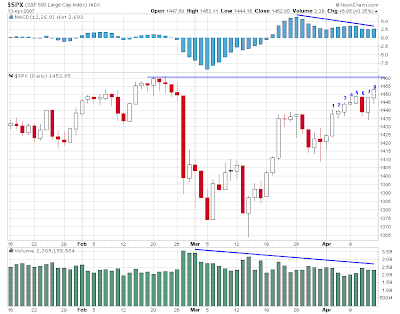 2) Goldman Sachs, which has arguably been THE market leader recently, is not confirming the rally’s recent push to new highs: